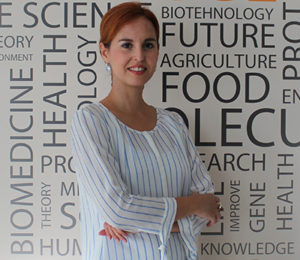 Nomination for the Secretary role

Maja Stojiljkovic is a Senior Researcher and a Project leader at the Institute of Molecular Genetics and Genetic Engineering, University of Belgrade (IMGGE), Serbia since 2015. Ever since she obtained PhD in Molecular Biology at the University of Belgrade in 2009. she was dedicated to fundamental and applied biomedical research with a focus on rare diseases. Reselts of her research studies were published in international scientific Journals (such as Nature Genetics, Clinical Genetics, etc.). Maja is also a lecturer at the PhD program of Molecular Biology at the University of Belgrade and she acted as a mentor at several PhD thesis. Maja is actively involved in genetic testing of rare diseases in Serbia bringing new technologies and experimental solutions to routine use. She was a Development Management of the Sector for Laboratory Investigations at the IMGGE between 2016 and 2018.

Over the past 12 years, Maja was a visiting scientist in Madrid, Spain and Newcastle upon Tyne, United Kingdom and was a member of several international research projects. As such, she was recognized at the international level as a professional in Serbia dedicated to rare diseases. Therefore, she has been Assistant Coordinator of Serbian ORPHANET team since 2010 and ambassador of Genomic Medicine Alliance since 2016. Also, she is a member of Expert Committee of Serbian umbrella patient organization (NORBS). She was a board member of ICORD 2014-2019 as well as a member of organizing committees and a speaker at several conferences since ICORD’s inception.

Maja has been witness to ICORD’s activities and achievements for almost a decade and is willing to invest the energy to move ICORD even further.